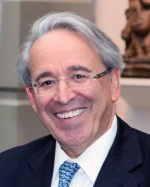 Dr. René Levy founded the Metabolism & Transport Drug Interaction Database DIDB® at the University of Washington in the late 1990s recognizing the advances made in the field of in vitro to in vivo predictions, and the need for more widespread knowledge about the risks of drug interactions.

The development of the database was initially funded by seed grants from several pharmaceutical companies. The University of Washington started  licensing access  to the database at the beginning of 2002. It was later expanded with the addition of the Pharmacogenetics Database (e-PKGene®), food-effects studies, organ impairment data, and additional mechanisms of PK- based drug interactions.

Although the project is managed by UW CoMotion, it is a non-profit endeavor and all revenues from licensing are used to cover the costs of scientific and technical maintenance, as well as development of new features.

Dr. Levy was the Principal Investigator of the UW Drug Interaction Database program until his retirement in 2009. His immense contribution to the field of drug disposition and drug-drug interactions has been recognized worldwide through his numerous publications.

Dr. Levy maintains a role of advisor to the director of Drug Interaction Solutions.

In 2022, he was selected ASCPT Award Recipient of Gary Neil Prize for Innovation in Drug Development.
Follow us on Linked