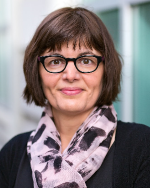 Dr. Ragueneau is co-founder of the UW Pharmacokinetic Drug Interaction Database applications DIDB and e-PKGene® and the Director of UW Drug Interaction Solutions. She received her medical degree from St Antoine University in Paris, France, and specialized in Clinical Pharmacology. Prior to moving to the US, Dr. Ragueneau designed and supervised clinical studies in the private sector and in academia for over 6 years. She started working at the University of Washington in 1999, as a Research Associate, then Principal Research Scientist and Project Manager for the Drug Interaction Database. In November 2009, Dr. Ragueneau joined the faculty of the Department of Pharmaceutics as Clinical Associate Professor and was promoted to full Professor in 2014. Dr. Ragueneau has published in the areas of drug-drug interactions (DDIs), drug disposition and clinical pharmacology. She is interested in the regulatory framework of DDI assessment and the clinical relevance of drug interactions. Dr. Ragueneau graduated from the University of Washington’s Master’s Degree Program in Biomedical Regulatory Affairs in 2010. In 2015, she was named a UW CoMotion Presidential Innovation Fellow. In 2022, she was selected ASCPT Award Recipient of Gary Neil Prize for Innovation in Drug Development. 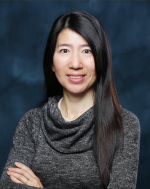 Dr. Yu is the Associate Director of UW Drug Interaction Solutions. She joined the team in 2013 as a Research Scientist. Her role and responsibility have increasingly expanded to manage and supervise the database content curation process from data search to validation. Dr. Yu holds an M.D. degree and a Master degree in Psychology from Peking University (Beijing, China) and a PhD degree in Biology from Rensselaer Polytechnic Institute (Troy, NY) in 2007. Prior to joining this team, Dr. Yu conducted DMPK preclinical research at Cerep (now Eurofins) followed by cancer biomarker research at UW Medicine. She is interested in safety evaluation of drugs and natural products, especially in drug interaction risk prediction, prevention, management, and clinical relevance evaluation. 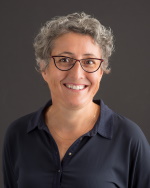 Marie-Christine Bodinier responsabilities include implementing a scientifically-based communication and marketing strategy for UW Drug Interaction Solutions and helping to expand program’s offerings in the drug interaction and personalized therapy space. She also identifies potential new subscribers to UW Drug Interaction Database (DIDB) and supports existing ones. She ensures that scientists are successful using the DIDB and that it continuously delivers impactful value to their pharmaceutical R&D projects. Marie has 30 years of both scientific and business experience working at various service providers in drug discovery & drug development. She started with Cerep (a preclinical CRO now Eurofins) in France prior to set up their US operations and went on with Amatsigroup (a CDMO now part of Eurofins). She holds a Master of Sciences in Pharmacology and a Bachelor of Sciences in Biochemistry. 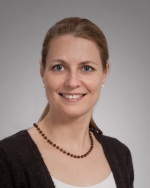 Dr. Argon is the principal scientific curator and co-founder of the e-PKGene® application. She also supervises the curation and validation of all the clinical datasets in DIDB. She received her Master degree in Pharmacology in 1995 and her PharmD degree in 1997 from Nantes University, France. She joined the UW Drug Interaction Solutions team in 2007. Previously, she has worked as a clinical pharmacist in different settings in France and South America. Her area of expertise pertains to pharmacogenetic-drug interaction data. 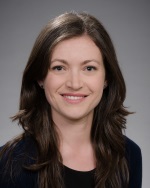 Dr. Owens completed a Bachelor of Pharmacy (BPharm) with Credit in 2008 and a PhD in clinical pharmacy in 2014 from the School of Pharmacy, University of Otago (Dunedin, New Zealand). Her PhD research investigated the clinical pharmacology and toxicology of paracetamol (acetaminophen) in various patient populations. This was followed by a post-doctoral research position in the area of modeling and simulation in drug development within the Division of Clinical Pharmacokinetics and Pharmacometrics, Institut de Recherches Internationales Servier (Paris, France). Katie joined the UW Drug Interaction Solutions team in March 2015 as a curator of preclinical and clinical drug interaction studies. 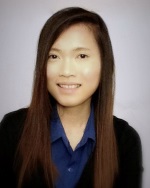 Dr. Petrie received her PharmD as well as her undergraduate bachelor’s degree in Psychology from the University of Washington in 2014 and 2007, respectively. Prior to joining the UW Drug Interaction Solutions team, she worked as a long-term acute care hospital pharmacist at Kindred Hospital in Seattle, WA and as a clinical pharmacist/pharmacist editor at Genelex Corporation, a biotechnology company specializing in pharmacogenetics/personalized medicine and drug-drug interactions. As a Plein Geriatric Research Fellow, she led an investigation on polypharmacy and fall risk in the elderly. She also participated in a research involving Vitamin A intake and its disposition in Chronic Kidney Disease patients. Ichiko joined the UW Drug Interaction Solutions team in November 2016 as a curator of preclinical and clinical drug interaction studies. 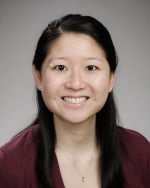 Dr. Sontheimer joined the UW Drug Interaction Solutions team in 2015 and is a curator of preclinical and clinical drug interaction studies. She completed her PhD in Pharmaceutics from the University of Washington in 2015 where she studied endogenous biomarkers of Cytochrome P450 2D6 in adult and pediatric populations. Prior to joining the team, she was a major contributor of multi-institutional academic collaborations and participated in internships in the private sector. Her experience spans both the in vitro and in vivo PK/DM arenas. As part of on-going training, Dr. Sontheimer completed a certificate in clinical trials from the University of Washington in 2018. 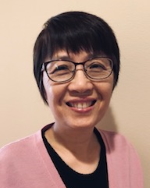 Yan Wang joined the UW Drug Interaction Solutions team in April 2019. Currently she is curating data from preclinical and clinical drug interaction studies, particularly food effect studies and NDA packages. Prior to joining the team, she worked at several contract research organizations for more than a decade. Her technical experience includes bioassays, cell culture and method development. She performed DMPK assays with a variety of matrices, conducted ADME and PK sample analysis using different detection instruments when working at Cerep, (now Eurofins). She holds a MS degree in Chemistry and a BS degree in Biochemical Engineering. 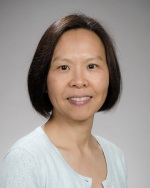 Dr. Wu received her Ph.D. in Pharmaceutical Chemistry from the University of British Columbia, Canada, followed by a post-doctoral fellowship at Pfizer conducting pharmacokinetics and drug transporter research projects. Prior to joining UW Drug Interaction Solutions team in May 2016, she worked at a preclinical ADME-Tox/PK contract research organization (Cerep) for 17 years with increased levels of responsibilities from Senior Scientist, to Principal Scientist, to Director of Pharmaceutical Sciences, and then General Manager. During her time at Cerep, she developed in vitro ADME-Tox and in vivo rodent PK assays, served as study director for client studies, directed the service programs, and managed the CRO operations. 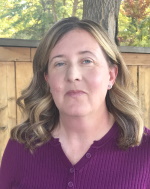 Christy Watson joined the UW Drug Interaction Solutions team in September 2022 and is a curator of in vitro drug interaction studies. Prior to joining the team, she worked as an Associate in Research and laboratory manager in the College of Pharmacy at Washington State University (WSU) for 8 years. Her work focused on personalized medicine, pharmacokinetics, drug metabolism, and drug toxicity. In addition to her wet-lab work, she wrote and edited peer-reviewed research articles, grants, and reports. Her work experience prior to WSU included both the academic and private sectors, most recently Jubilant Hollister-Stier and Gonzaga University. She obtained her MS in Plant Molecular Biology from Purdue University in 1999 and BS in Biochemistry and Biophysics in 1995.

Director of IT, Linked

Grace has been providing administrative support to the UW Drug Interaction Solutions team since 2006. Prior to joining the Department of Pharmaceutics, she worked for the UW School of Business. Grace holds a B.A. in Social Work and Psychology from University of Washington.